About the Grass-Mud Horse Lexicon

Origin of the Grass-Mud Horse 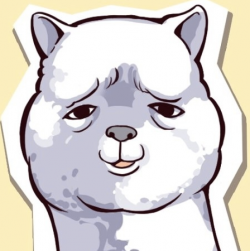 In early 2009, a creature called the grass-mud horse debuted in an music video that became an viral hit. The "grass-mud horse" (cǎonímǎ 草泥马), whose name sounds nearly the same as "fuck your mother" (cào nǐ mā 肏你妈), was created to get around government censorship of vulgar content. The dopey alpaca rose to Chinese Internet stardom, its symbolism transforming along the way. Within weeks, the grass-mud horse became the de facto mascot of Chinese netizens fighting for free expression, inspiring poetry, photos, videos, artwork, clothing, and more. As one Chinese blogger explained, "The grass-mud horse represents information and opinions that cannot be accepted by the mainstream discourse, and the 'Song of the Grass-Mud Horse' has become a metaphor of the power struggle over Internet expression."

The grass-mud horse is particularly suited to the contested space of the Chinese Internet. The government's pervasive and intrusive censorship system has generated equally massive resentment among Chinese netizens. As a result, new forms of social resistance and demands for greater freedom of information and expression are often expressed in coded language and implicit metaphors, which allow them to avoid outright censorship. The Internet has become a quasi-public space where the CCP’s dominance is being constantly exposed, ridiculed, and criticized, often in the form of political satire, jokes, drawings, videos, songs, popular poetry, jingles, fiction, sci-fi, code words, mockery, and euphemisms.

Chinese netizens have shown they possess boundless creativity and ingenuity in finding ways to express themselves despite stifling government restrictions on online speech. Without understanding this coded but widespread "grass-mud horse discourse" through the lens of censorship and resistance, one cannot fully understand the contradictions in Chinese society today, nor the possibilities for tomorrow.

To the uninitiated, even those who can read Chinese, this coded language can be confounding. But to Chinese netizens, the terms often resonate deeply by expressing feelings about shared experiences that millions of people can immediately relate to. Despite their subversive beginnings, many of the terms have already become mainstream; a few have even been added to the authoritative Oxford Chinese Dictionary.

All of the terms in the Lexicon were invented by netizens and circulated widely on websites inside China, not just by prominent bloggers or opinion leaders. For many of the terms, one cannot identify the original author or how exactly it originated. China Digital Times selects these terms from a variety of sources. We discovered many from a self-initiated online project of Chinese bloggers to select for the "words of the year in Chinese blogosphere." Others come from mainstream publications such as Southern Metropolis Daily or even the state-run Xinhua News Service, as well as from Chinese forums, Sina Weibo, and other microblogging platforms. The direct participation of Chinese netizens also yielded many terms after China Digital Times' Chinese site made the call for submissions public in June 2010.

The selected terms are not a complete recording of pop culture and online terminology. Rather, the China Digital Times editors have focused exclusively on politically-charged terms which represent netizen resistance discourse. These are not necessarily "sensitive" keywords, which have been documented elsewhere by China Digital Times and other projects, nor are they part of the "legitimizing discourse," used by people who actively defend and support government policy or willingly to cooperate with the regime, including nationalists. At times, some of these words may be put on individual websites' "sensitive lists" or blocked outright, but in general they are popular daily lingo for Chinese netizens.

The current list is by no means exhaustive, and new words are being created daily. But we hope this list will provide a glimpse into online political discourse and make it more accessible to non-Chinese readers.

How You Can Help

This is an ongoing open source collaborative translation program with submissions from volunteers and professional translators. What is currently published is just a seed that we hope to expand upon in coming months and years. If you are interested in participating in this project by submitting and/or translating terms, please contact our editors.

China Digital Times would like to express deep gratitude for the extraordinary work of our primary translator, who wishes to remain anonymous, and to Liz Carter for updating and expanding the entries.

Back to the Lexicon.