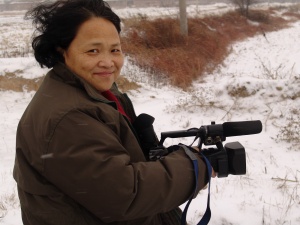 In a 2016 interview with Ian Johnson, Ai said that didn't participate in Tiananmen protests, though she did visit the encampment several times. She became an activist later on, in the 1999-2000 academic year, when she was a visiting professor at Seawanee: The University of the South in the U.S. She was inspired to research women's issues, which eventually drew her into China's once-vibrant circle of rights defenders. The trip also turned her attention away from writing (she is the author of eight books and has translated many others) and towards documentary film making.