Difference between revisions of "Bao Tong" 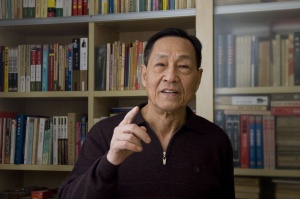 On May 28, 1989—just days prior to the fateful military crackdown on pro-democracy protesters on June 4th that marked the end of—Bao was placed under arrest for allegedly leaking the central government decision to declare martial law to a student protester. He was released from prison in May of 1996 on completion of a seven-year sentence for "revealing state secrets" (served mostly in isolation at Qincheng Prison), and then held in a government compound outside of Beijing for an additional year. After release from the compound, Bao has lived under continuous surveillance and virtual house arrest until the present.