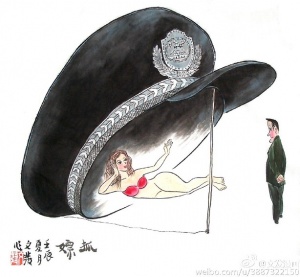 To be framed as if one had visited a prostitute. Springs from the case of muckraker Ou Shaokun, who was detained for five days in March 2015 for allegedly soliciting a prostitute.

Example of "to be johnned":