Believe in Han Han and you won't be brain-damaged 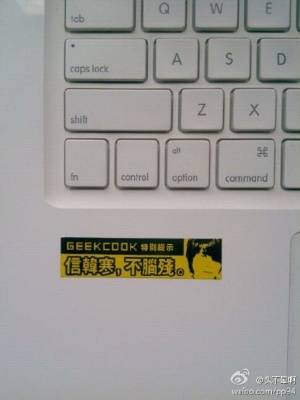 "Believe in Han Han and you won't be brain-damaged." (Source: Weibo)

Han Han is a singer, director, race car driver, restaurateur, heartthrob, and for many years China's most popular blogger. (He no longer actively blogs.) A wildly successful high school dropout, he is considered an icon of youth and nonconformity. If you believe in Han Han, the saying goes, you won't be brain-damaged—i.e. a moron.

"The Problem with Me," a collection of Han Han's work translated into English, was published in August 2016.

CDT has translated several of Han Han's essays, included "Let the Sunshine In" and "The Liberation of Shifang."