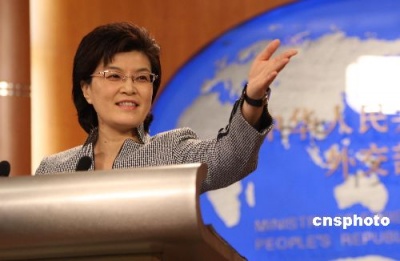 Jiang Yu, Spokesperson for the Foreign Ministry
Retrieved from "http://chinadigitaltimes.net/space/index.php?title=China%27s_Internet_is_open&oldid=144"