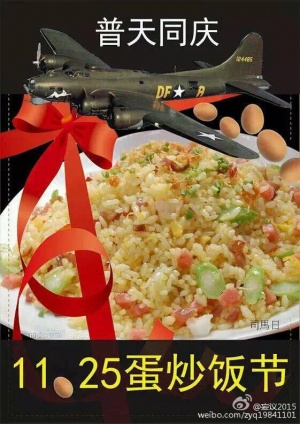 November 25, the day in 1950 when Mao Zedong's son Mao Anying was killed in the Korean War. Also known as Egg Fried Rice Day (Dàn Chǎofànjié 蛋炒饭节), netizens eat and share photos of egg fried rice on this day to celebrate the younger Mao's passing, as they believe he would otherwise have reigned over China with the same brutality as his father.

Wangyi2015 (@妄议2015): #ChineseThanksgiving... In Korea on November 25, 1950, the son of the great leader and savior of the Chinese people Mao Zedong, the second savior Comrade Mao Anying, was dispatched by an American bomber, all because of a bowl of egg fried rice... Give thanks to America and to God... 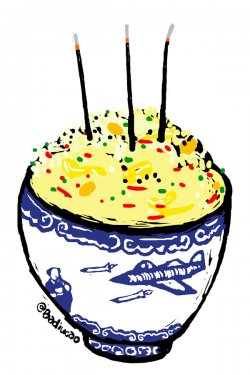