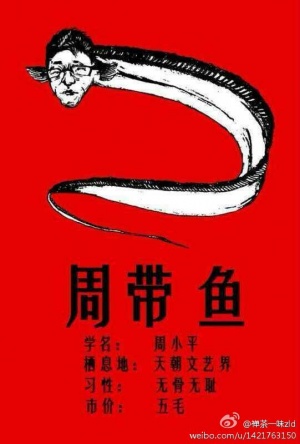 Nickname for the nationalistic and anti-American writer Zhou Xiaoping. Zhou, who is loose with facts and quick to slander, has won the praise of President Xi Jinping for his "positive energy."