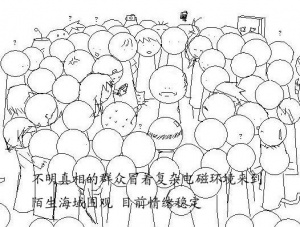 “Braving a complex electromagnetic environment, a group that doesn’t understand the actual situation arrives at a strange maritime space to surround and watch. Currently, they are emotionally stable.”