Perhaps the best known case of entrapment in China is that of Sun Zhongjie. A new driver for a Shanghai construction company, Sun was stopped by a man on the side of the road, shivering in the weather. The man asked for a ride, and Sun complied. Though he did not request it, the man handed Sun money when he reached his destination. Next, the man revealed his identity as an under-cover police officer and detained Sun for driving an unlicensed taxi. Sun's conviction was overturned after an outpouring of Internet pressure.

[[File:CCTV.jpg|250px|thumb|right]The heading text reads “Enforcing the law by fishing,” and the caption below] 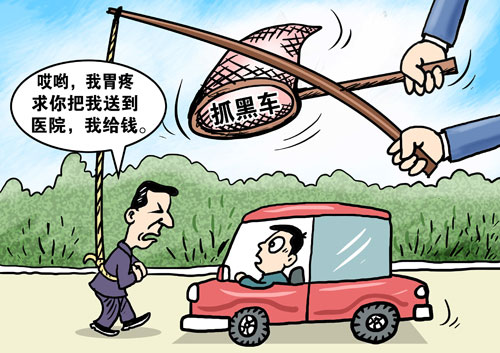 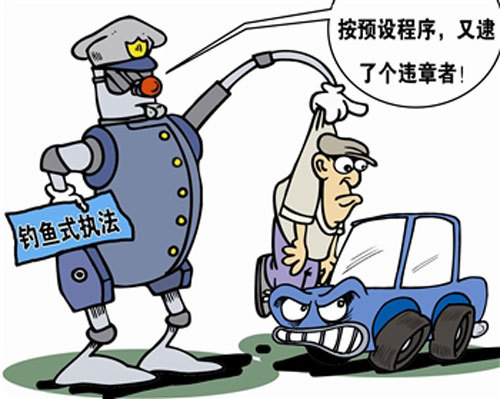 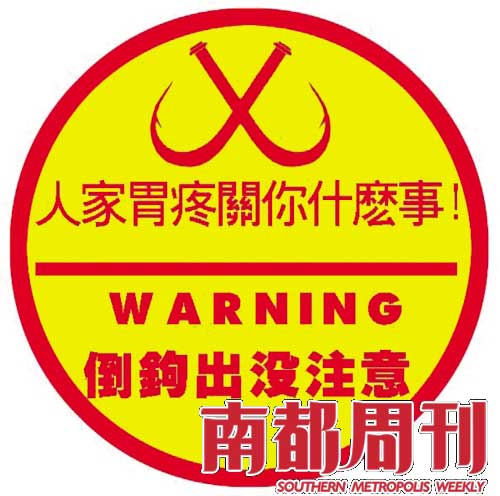