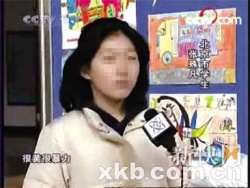 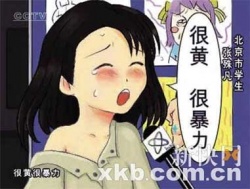 Her statement is similar to that of the “university student” Gao Ye, who claimed that his friend had become very disturbed from viewing pornographic content on the web. Gao was later outed as a CCTV intern.