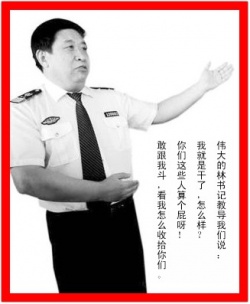 “You people are worth less than a fart to me” was picked up by netizens and gave rise to the designation “fart people” (sh*tizen).