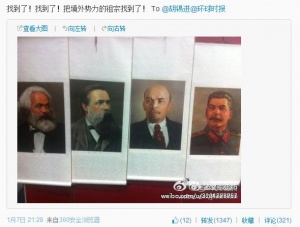 Netizens have co-opted “foreign forces” to satirize the Chinese state’s relationship with foreign countries. And when homegrown movements arise, like the Southern Weekly protests of 2013, Internet users will remark on how “busy” the foreign forces must be: