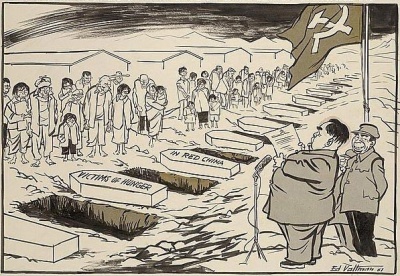 A Western cartoon from the 1960s picked up by a contemporary netizen is captioned, “After the famine, the Party continues to be ‘great, glorious and correct’” (大饥荒后，中共继续“伟光正”).

The Chinese Communist Party has described itself as “great, glorious and correct” (伟大光荣正确 wěidà guāngróng zhèngquè) for over 40 years. A 2001 People’s Daily editorial is titled (with characteristic lack of irony) “The Communist Party of China is historically proved great, glorious and correct.” Recently, however, netizens have turned this term on its head and used it to sarcastically refer to the Party’s stubborn insistence that it is always in the right.

1. As an adjective. Example: “When the country remains underdeveloped it is because the quality of the citizens is too low and domestic conditions are too complicated. When the country develops it is completely because they are great, glorious and correct” (国家发展不起来，是因为国民素质太低，国情太复杂。国家发展起来，全是因为他们伟光正了).

Political cartoonist Crazy Crab has illustrated the grass-mud horse use of “great, glorious and correct” in his Hexie Farm series for CDT: 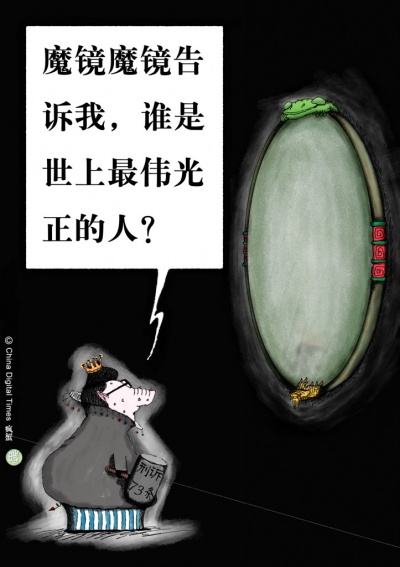 Drawn in response to proposed changes to the Criminal Procedure Law. The pig, holding a hammer inscribed “Article 73,” asks, “Mirror, mirror on the wall, who is the greatest, most glorious, and most correct of them all?” 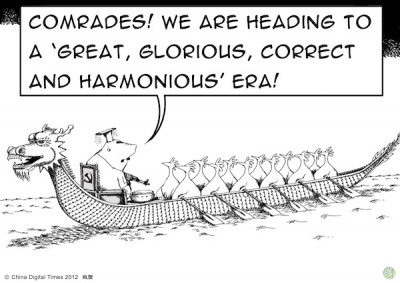 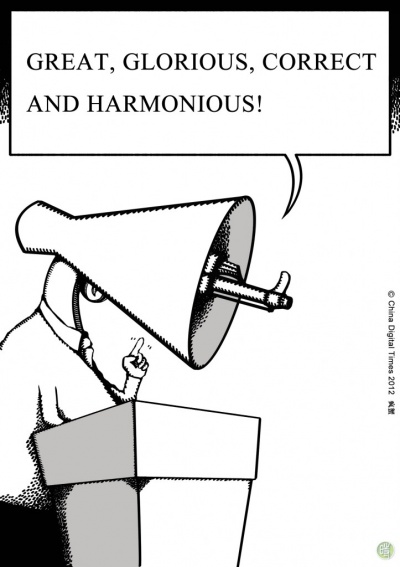 The loudspeaker.
Retrieved from "http://chinadigitaltimes.net/space/index.php?title=Great,_glorious,_and_correct&oldid=4560"
Category: