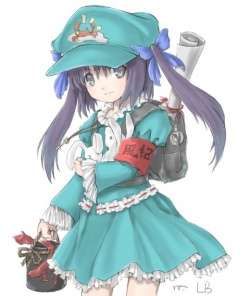 Green Dam Girl typically appears dressed in green, wearing a river crab hat, holding a rabbit (the Green Dam mascot), and armed with paint to wipe out online filth. Her armband has the word “discipline” written on it. 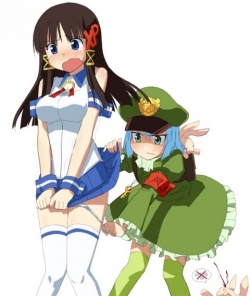 Green Dam Girl is a superhero like anthropomorphism of the Green Dam Youth Escort software (绿坝·花季护航), developed under the direction of the Chinese government to filter Internet content on individual computers. Pre-installation of Green Dam software was originally intended to be mandatory for all new computers. Because the proposed policy proved deeply unpopular, mandatory pre-installation has been delayed to an undetermined date.

Green Dam Girl first appeared in June 2009 on Baidu’s online encyclopedia, repeatedly being deleted by the website’s watered weasel ape. By the beginning of July 2009, various images and videos of Green Dam Girl had spread widely on the Internet.