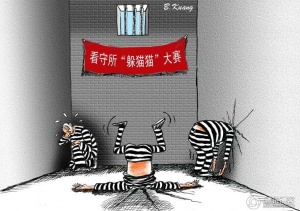 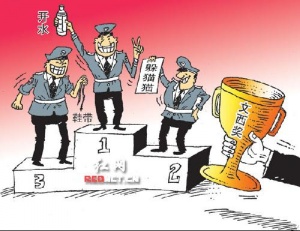 Competition for the lamest excuse for a prison inmate’s death. (Source: Rednet.cn)

Lizhuang (@李庄): Died in his sleep? After death by face washing, death by hide-and-seek, death by meal, and death by drinking water, a new way of dying. (October 16, 2014)