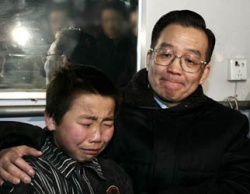 A catchphrase of former Prime Minister Wen Jiabao. He first apologized a late arrival to Tongchuan, Shaanxi Province after a gas explosion in a coal mine there on November 28, 2004 killed 166 people. From then on, netizens noted Wen’s every apology for being late at the scenes of natural and man-made disasters: a southern snow storm in January 2008, the devastating Sichuan earthquake of May 8, 2008, and the site of the Wenzhou train crash stand out in the public memory. Instead of praise for “Grandpa Wen,” netizens often think Wen is feeding the people and the media a clever line. They believe he lacks real concern for the plight of the Chinese people. 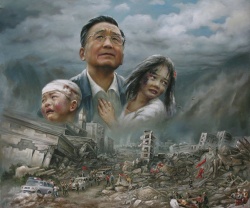