Difference between revisions of "Ilham Tohti" 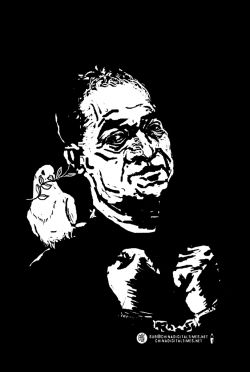 Ilham Tohti was born in Artush, Xinjiang Uyghur Autonomous Region. He attended Northeast Normal University and Minzu University of China (MUC), obtaining a master’s degree in economics. He also studied abroad in Japan and South Korea. In 2006, when he was teaching at MUC, Ilham Tohti founded Uyghur Online, a website that published articles on social issues in Chinese and Uyghur. Chinese authorities accused the website of inciting extremism in the Uyghur community, and ordered it shut down in mid-2008.

Ilham believed that he had the best interest of the central government and the Party in mind. He was opposed to Xinjiang independence. He constantly worried about intense minzu conflicts breaking out in Xinjiang—a real possibility in his mind. [...] Ilham insisted that Uyghur’s pursuit of equality and freedom must not be separated from Han people’s advancement of freedom and democracy. The two must be closely integrated. The situation of the Uyghurs was a result of the lack of democracy and freedom in China as a whole. Uyghurs can gain freedom and democracy only if Han people can also achieve them. [Source]