After Google announced it was pulling out of China, a number of people dedicated flowers in front of the Google headquarters in China. Some of these people were dispersed by security guards who alleged that what they were doing amounted to the “illegal dedication of flowers.” Because the charge was so made-up sounding, it quickly spread around the web and inspired the terms that follow.

This term was created when users of Twitter (which is blocked in China) met together to discuss the imprisonment of three netizens in Fujian. DSD agents broke up the meeting and accused those present of “illegal eating and drinking.” See, here.

A phrase based on “illegal dedication of flowers.” Example: I hear that Google is leaving China. Let’s all conduct an illegal silent tribute.

Phrase based on “illegal dedication of flowers.” Indicates some innocuous action that the government bans because of its symbolic meaning. 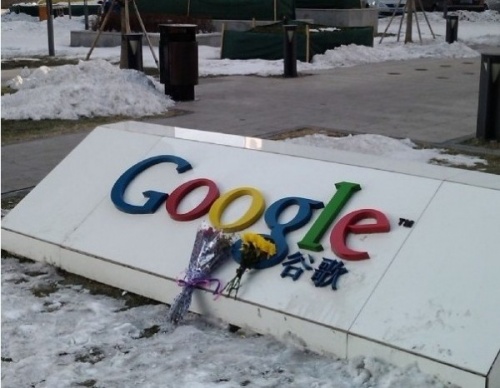