Difference between revisions of "Lao Dongyan" 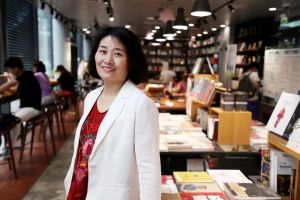 Lao Dongyan (b. 1974) is a professor of law at Tsinghua University and one of the lone voices cautioning against the mass deployment of facial recognition technology in China.

Before joining the Tsinghua faculty, Lao obtained her PhD in law from Peking University in 2004. She also did research in Germany, the United States, and Japan. Lao specializes in criminal law.

In recent years, Lao became a leading figure opposing the commercialization of facial recognition technology, calling for more oversight. In a December 2020 interview, Lao said that she began noticing the quick spread of facial recognition in 2019, when the coffee machine in her school “started to offer discounts and incentivize people to pay with facial data.” In October 2019 she wrote a widely-shared essay opposing the Beijing subway system’s plans to use facial recognition at security checks:

We should know that in our society, any personal data controlled by a company or other organization is equivalent to being controlled by the government.

[...] All personal data, including highly identifiable biometric data, is controlled by a handful of people. How much of our personal data do they have? Why do they want it? What are they using it for? These questions send chills down my spine.

The people who control the data are obviously not gods. They have their own selfish desires and weaknesses. So there’s no way to know how they are going to use our personal data and control our lives. Not to mention that the data might be mismanaged and leak out, or be stolen by hackers[...] [Chinese]

In 2020, she led a group of homeowners to oppose the mandatory use of facial recognition at the entrance of their gated community. She also criticized the Chinese government’s initial response to the COVID-19 outbreak, calling for respect of the freedom of speech and cautioning against the normalization of facial recognition and the health codes in the wake of the pandemic.