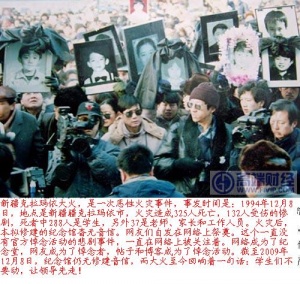 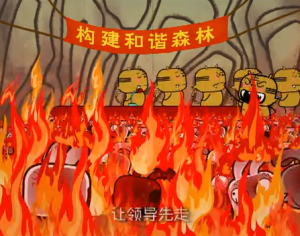 On December 8, 1994, about 500 schoolchildren gathered in a theater in Karamay, Xinjiang to watch a variety show. Top students had been invited. During the performance, a fire broke out on stage. As it spread, a woman shouted, "Everyone sit down. Don't move. Let the leaders leave first!" (大家坐下，不要动，让领导先走). 325 people died, including 288 children. Twenty Party officials were said to have escaped, among them vice-secretary for educational training at the Xinjiang Petroleum Management Department Kuang Li, who was accused of giving the deadly command.