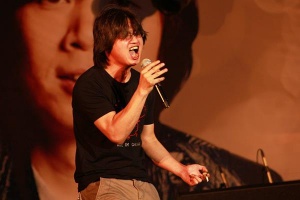 At age 17, Li bought his first guitar, and at 20 he began to study music composition while living in Nanjing, as a college student. After dropping out and living briefly Beijing, he returned to Nanjing and began performing in bars, teaching folk guitar, and following his passion for music to far-flung regions of China.