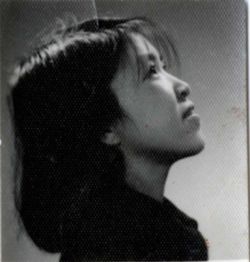 Lin Zhao (Chinese: 林昭; 23 January 1932 – 29 April 1968), born Peng Lingzhao (彭令昭), was a prominent Chinese dissident who was imprisoned and later executed by the People's Republic of China during the Cultural Revolution for her criticism of Mao Zedong's policies. She is widely considered to be a martyr and exemplar for Chinese and other Christians, like the Chinese church leader and teacher Watchman Nee. (Wikipedia)

Though Lin Zhao was posthumously rehabilitated in the 1980s, the Chinese party-state does not actively address her legacy. Many people in China and abroad learned the story of her political activism and perseverance through years of torture through Hu Jie's 2005 film "Searching for Lin Zhao's Soul." Chinese authorities have thwarted attempts to pay respects at Lin Zhao's grave, and her name has been blocked from online searches on the anniversary of her death.

In 2009, Lin Zhao's sister, Lingfan Peng, donated her letters and prison diary to the Hoover Institute at Stanford University. Lin Zhao wrote many of the letters in her own blood.