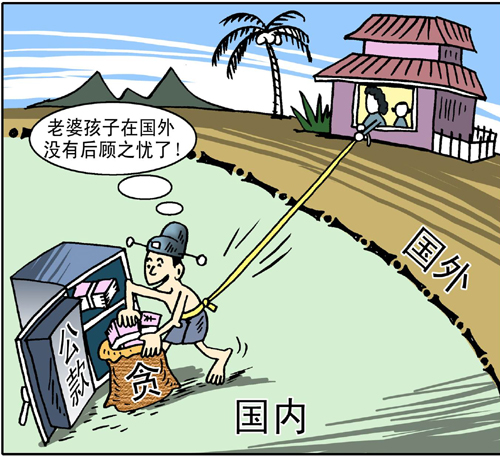 The naked official (wearing an imperial official's hat) is putting "public funds" in a bag labeled "corruption." The official is in China and his wife and daughter are abroad.
Retrieved from "http://chinadigitaltimes.net/space/index.php?title=Naked_official&oldid=433"