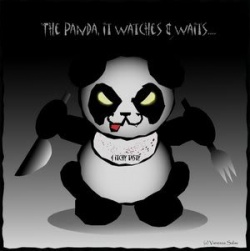 The DSD are more feared and reviled than the regular police, because they are not subject to the same oversight and have been known to beat and illegally detain dissidents. Activist Hu Jia and renown artist Ai Weiwei have both been detained and beaten by the DSD, while Liu Xia, wife of Nobel-prize winning democracy activist Liu Xiaobo, remains under illegal house arrest and surveillance by them.

Sometimes “panda” (熊猫 xióngmāo) is used as a code word for the DSD, since the panda is China’s national treasure. The panda is also a symbol for the DSD in some political cartoons drawn by cartoonist Crazy Crab.