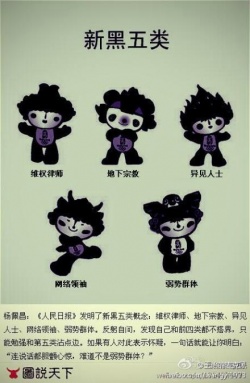 With “Internet freedom” as its slogan, they [the Americans] will attack “top down” governance in order to push forward the traditional model of liberal democracy; through the use of “rights lawyers,” underground religion, dissidents, Internet leaders, and disadvantaged social groups as the core forces, they will push for a “bottom-up” approach to Chinese governance from the grassroots to lay a foundation for changing China.