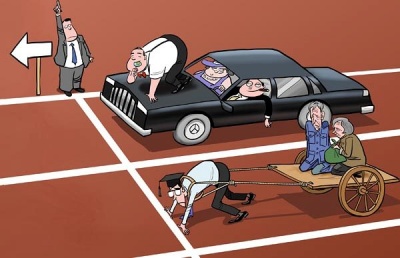 The larger figure labeled "rich person" holds his child aloft next to the much smaller "poor person." Both figures sit on a bench labeled "Society's Resources."
Retrieved from "http://chinadigitaltimes.net/space/index.php?title=Poor_second_generation&oldid=495"