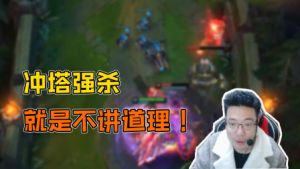 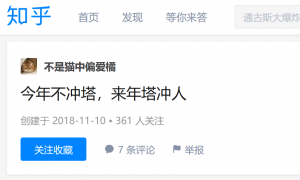 "If you don't rush the turret today, the turret will rush you tomorrow" (Source: Zhihu)

To deliberately post political satire and sensitive material, in the full knowledge of the risk of the post (and the user's account) being deleted or censored. The term comes from League of Legends fandom, where players whose characters are not fully developed attack an enemy turret, rushing to their near-certain death. Just like in the multi-player game, netizens may collectively rush the turret in protest, as they did on the Guangzhou Communist Youth League's Weibo account in response to their January 29 post about Xi Jinping's meeting with the WHO chief to discuss efforts to quell the novel coronavirus (COVID-19) pandemic.

The question and answer platform Zhihu has been a popular site for group turret-rushing. In December 2019, a Zhihu user created a Q&A page asking, "How do you thoroughly clean a narrow-necked bottle (xì jǐng píng 细颈瓶)?", alluding homophonously to Xi Jinping (Xí Jìnpíng 习近平). The page attracted dozens of responses, notably from self-proclaimed chemists recommending various solvents and asking follow-up questions as to the dimensions of the "bottle." The page gathered at least 47 replies before Zhihu took it down for "violating the relevant internet laws and regulations." In a later Zhihu turret-rushing, recorded in April 2020, someone asked, "If you lived in Hitler's Germany, would you resist?" Among the 39 replies, one user wrote, "I don't even dare right now."