The wall refers to the Great Firewall of China (GFW), a large-scale, highly complex censorship apparatus by which the Chinese government blocks some foreign websites and information and prevent Chinese internet users from accessing them. The Internet as it exists within the Great Firewall is known as the Great Chinese LAN or the Chinternet. Many Chinese use software such as VPNs to mask their IP addresses and access blocked sites.

To "scale the wall" was listed among the Top 10 Neologisms of 2009 by the popular liberal newspaper the Southern Metropolis Weeky. The term came into use at that time as China began to block big-name foreign websites such as Facebook, Twitter, and YouTube. 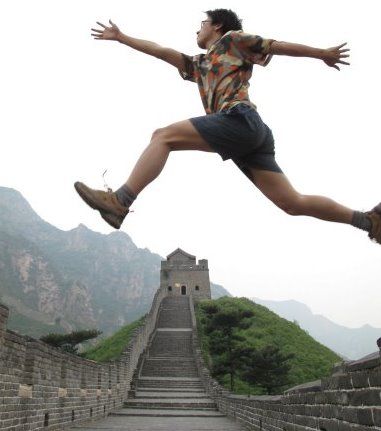