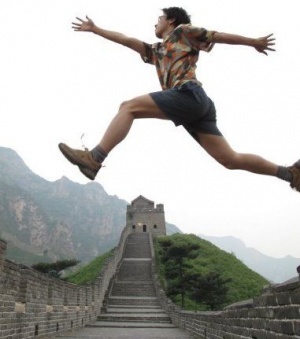 The Internet as it exists within the Great Firewall is known as the Great Chinese LAN or the Chinternet. In effort to escape from these limitations into the expanses of the worldwide web, many Chinese use software such as VPNs to mask their IP addresses. However, authorities are constantly working to block the use of such software, making it increasingly difficult even for tech-savvy netizens to scale the wall. Freegate, the name of a popular censorship circumvention tool, has been blocked as a search term.