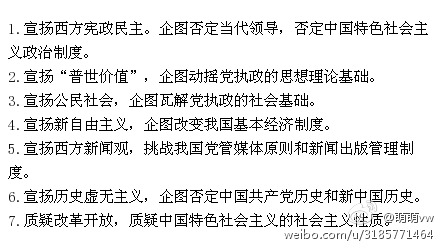 The seven don't mentions, shared as an image on Weibo. The post containing this image was deleted by Sina. (Source: FreeWeibo)
Retrieved from "http://chinadigitaltimes.net/space/index.php?title=Seven_don%27t_mentions&oldid=11416"
Categories: