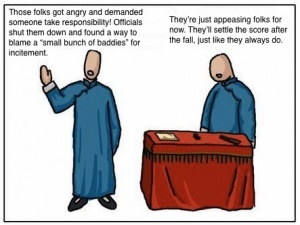 Panel from “The Small Bunch.” (穷不怕怕/NetEase)