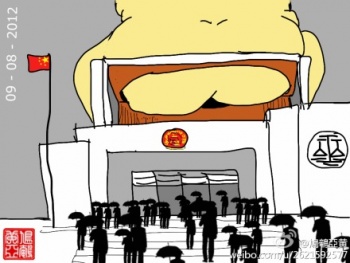 The stable bottom of the government.

“Stable bottom” (稳腚) sounds the same as “stability” (稳定). Under Hu Jintao’s leadership, the Communist Party has gone to great lengths to “maintain stability,” the rationale under which political dissidents are controlled and the media is censored.

Can an Animated Princess Ease Ethnic Tensions in Xinjiang?[edit]