On September 21, 2012, a police officer in Panjin, Liaoning province fired six shots at an unarmed villager during a conflict over the forced demolition of his home. The death of the villager was the latest in series of fatalities surrounding [Bloody demolition | forced demolitions]]. 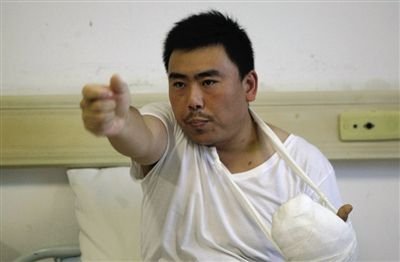