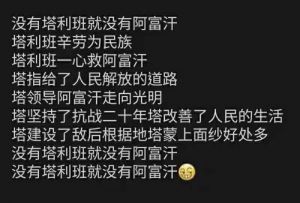 Jīng Tǎ is a play on the "X in spirit" online diss aimed at supposed fanatics for foreign forces, more commonly manifest as "Japanese in spirit" (jīng Rì 精日). There are also the "American in spirit" (jīng Měi 精美) and the "Zhao in spirit" (jīng Zhào 精赵), the latter referring to those who identify with the rich and powerful despite being underdogs themselves.