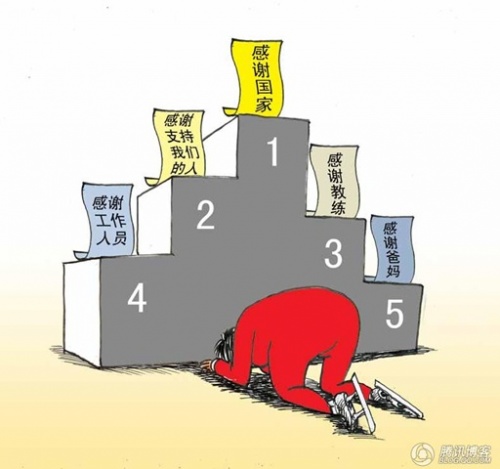 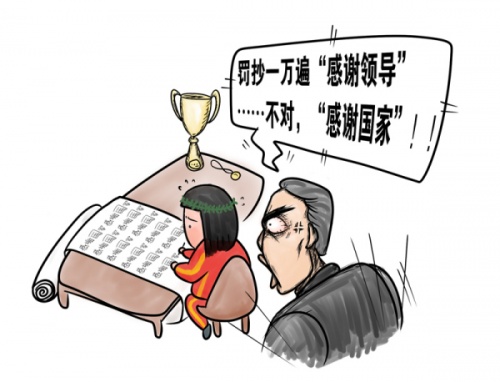 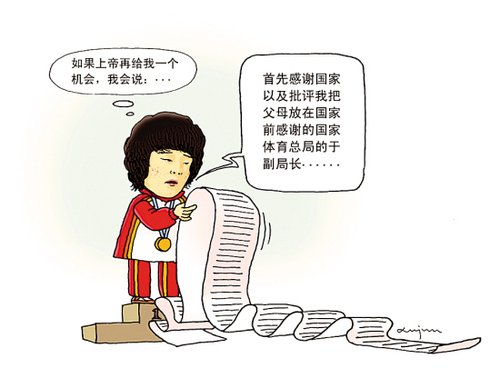 If God gave me another chance this is what I would say, “First I want to thank my country and especially Yu Zaiqing, Deputy Director of the National Sports Bureau, who criticized me for first thanking my parents. . . .”
Retrieved from "http://chinadigitaltimes.net/space/index.php?title=Thanks_to_the_country&oldid=5343"
Category: