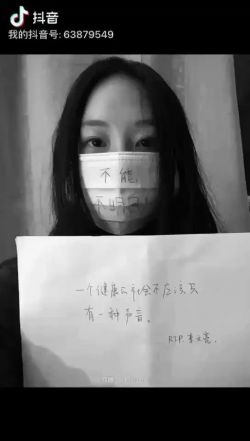 Dr. Li Wenliang, one of the first to sound the alarm on the novel coronavirus, said these words in an [interview with Qin Jianhang and Timmy Shen at Caixin] on January 30, 2020, which he gave from an isolation ward in Wuhan as he himself struggled with a critical case of the disease:

Dr. Li was officially reprimanded in late December 2019 for "spreading rumors." His death from the virus on February 7, 2020 was initially covered up, but he was quickly vindicated as the authorities finally acknowledged the seriousness of the pandemic. As lockdowns radiated out from Wuhan across the country, the Caixin quotation became a rallying cry for netizens: