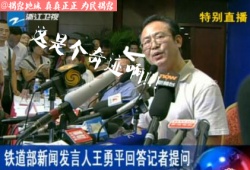 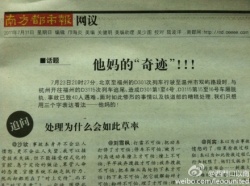 [reporters angrily yelling at once]

Reporter: What I want to ask is this: Why, after you had already announced that there were no survivors, when you had already begun to disassemble the train? Why would there still be a survivor?