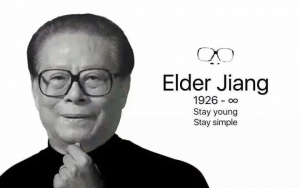 Both Jiang's appearance and style have earned him the nickname "Toad." The name did not start off as a compliment, but over the years netizens have come to love the Toad's quirks and candor, especially in contrast with succeeding presidents: the wooden Hu Jintao and the hard-nosed, anti-Western Xi Jinping.