West Korea is a pejorative term for China. In Chinese the term is literally “the North Korea of the West;” thus the comparison is with North and not South Korea. Netizens complain about the similarities between North Korea and China: repressive rulers, lack of democracy, corruption, fear of the West, etc. While in all these aspects China is superior to North Korea, there is one in which China lags behind. As one netizen has pointed out, “In soccer, North Korea has shown the way for West Korea” (北朝鲜足球为西朝鲜足球指明了方向). 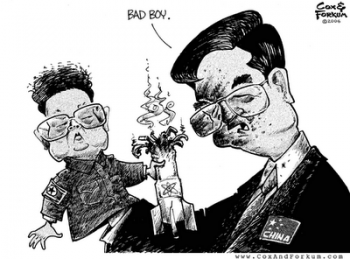