Difference between revisions of "Xu Zhangrun" 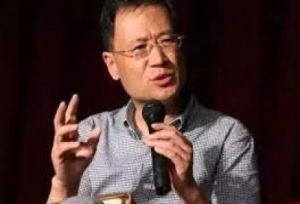 Xu Zhangrun (b. 1962) is an influential legal scholar and a former professor of law at Tsinghua University. In recent years, Xu became a vocal critic of the Chinese Communist Party and its leader Xi Jinping. In 2020, Xu was detained by Chinese authorities on prostitution charges, and was later dismissed from Tsinghua University.

Xu Zhangrun obtained his bachelor’s degree in law from Southwest University of Political Science and Law, a prominent legal institution in China, after which he continued his studies at the China University of Political Science and Law. Upon earning his doctorate from the University of Melbourne in Australia, Xu returned to China in 2000 and began teaching at Tsinghua University. In 2005, Xu was recognized as one of ten leading young legal scholars in China by the China Law Society, a government-sponsored academic organization.

In recent years, Xu published many essays offering stark criticism of Chinese politics and society. In particular, he expressed concerns over the lack of opposition to Xi Jinping’s “one-man rule.” In July 2018, he published the essay “Imminent Fears, Immediate Hopes” in which he criticized the policy shifts under Xi Jinping, including the abolition of term limits, and what he perceived as the restoration of a cult of personality. The essay was widely circulated online despite strict censorship, making him one of the lone public dissenters in mainland China. In 2019, Xu was suspended from Tsinghua.

After the outbreak of COVID-19, he criticized the Chinese government’s handling of the pandemic, including its suppression of information and punishment of whistleblowers. Discussion of Xu Zhangrun has been heavily censored on Chinese social media. In July 2020, he was taken away from his home for “hiring a prostitute” and put under “administrative detention” for seven days. He was subsequently dismissed from Tsinghua.