Difference between revisions of "Xuanxuan" 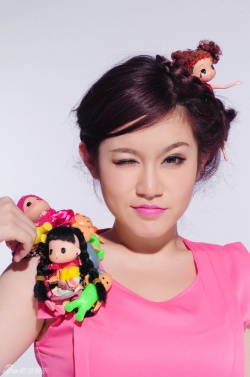 Both Genie Chuo (Zhuó Wénxuān 卓文萱) and Dai Yingxuan (Dài Yíngxuān 戴潆萱) are nicknamed by the second character in their first names, Xuanxuan (Xuānxuān 萱萱). This character is pronounced the same as the first character in "propaganda" (xuānchuán 宣传). Google and Baidu image searches for "萱萱" turn up a good number of NSFW results, making the nickname a coy rebuke to anti-pornography measures (though such measures come from a number of agencies, including the Ministry of Culture and the Cyberspace Administration of China).