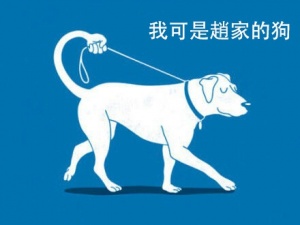 Government official or other powerful figure. Based on the landlord Mr. Zhao in Lu Xun's novella "The True Story of Ah Q." A pretender to membership in the Zhao clan is said to be "Zhao in spirit" (jīng Zhào 精赵).

A "Zhao family member" is someone enmeshed in China's power structure, while a "Zhao in spirit" is an imposter hoping to gain credibility or status by association. A user on the question-and-answer site Zhihu offers a good summary of the terms as they apply to volunteer fifty centers, unremunerated pro-government online commentators: