Difference between revisions of "Zhong Nanshan" 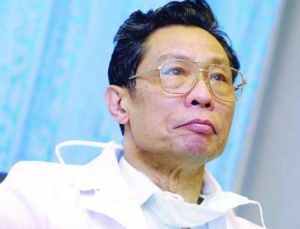 Zhong’s promotion of traditional Chinese medicine and alleged partnership with various healthcare companies have also called into question his professionalism. Since the COVID-19 outbreak, he has repeatedly said that Lianhua Qingwen, a capsule made from traditional Chinese herbs, was effective in treating COVID-19, a claim disputed by some medical experts. Zhong’s claim sent the manufacturer's stock price soaring. Since he holds business partnership with the manufacturer of the drug, his claims prompted many to raise conflict of interest concerns. In October 2020, Zhong was quoted promoting Ban Lan Gen, another popular Chinese herbal remedy in treating COVID-19. Zhong later said he was misquoted. More allegations have since surfaced regarding Zhong’s partnerships with various health products. These allegations have often met with censorship, in some cases resulting in the stories being deleted and the bloggers banned.