Difference between revisions of "Zi Zhongyun" 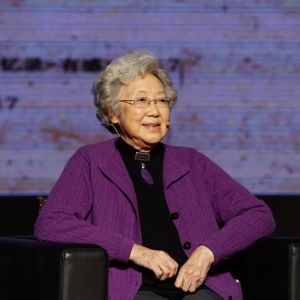 “So often I see things done in the name of patriotism that are in fact disastrous for the country and the people” (music.163.com)

Zi Zhongyun (b. 1930) is a retired diplomat, scholar and translator. She is a public intellectual and essayist known for her outspoken criticism of political and social issues in China.

Born to a scholarly family, Zi studied English and French at Yenching University and Tsinghua University. In the early 1950s, Zi began working as a translator and diplomat before becoming a researcher in the late 1970s. From 1985 to 1992, she led the Institute of American Studies at the Chinese Academy of Social Sciences.

Since her retirement in 1996, Zi has continued her research and writing on diplomacy and political affairs. She is known as a leading public intellectual who has published extensively on social issues in China, including corruption, lack of upward mobility, and unequal access to education. Her interviews and essays are often subject to censorship.

In March 2019, Zi Zhongyun wrote an essay in support of Xu Zhangrun, then a law professor at Tsinghua University who had publicly criticized President Xi Jinping. Xu was suspended, then dismissed by Tsinghua in early 2020. In “My Tsinghua Lament” (Āi Qīnghuá 哀清华), Zi Zhongyun castigates her alma mater for suspending Xu and calls for respect for intellectual freedom.