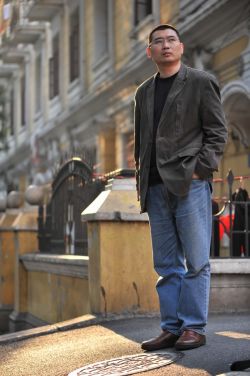 Chang Ping (simplified Chinese: 长平; traditional Chinese: 長平, born 22 June 1968), whose real name is Zhang Ping, is an overseas Chinese writer making a living as a critic of the current government of China He won the Human Rights Press Awards in Hong Kong in 2014 and the CJFE 2016 International Press Freedom Award in Canada.Chang Ping has a reputation for writing about politically sensitive topics, including democracy, media censorship, the failures of government policy and Tibet. His commentaries have appeared in Southern Weekend, Southern Metropolis Weekly in China, South China Morning Post, Apple Daily in Hong Kong, Deutche Welle, Süddeutsche Zeitung in Germany and New York Times in USA.Chang Ping has repeatedly been punished for tackling sensitive issues and was banned from writing columns and publishing books in China. He was removed as news director of Southern Weekend, then a daring weekly that had won readers across the country in 2001. He became deputy editor of Southern Metropolis Weekly, but was removed in 2008, due to a commentary that carried the headline "Tibet: Nationalist Sentiment and the Truth” enraged Chinese nationalists who supported a crackdown on what the government called separatist activities in Tibet.(WikipediaChangping)