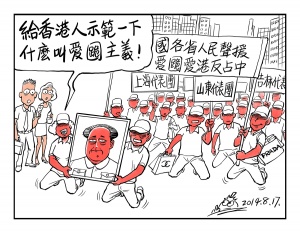 This cartoon mocking mainland protesters in Hong Kong combines the characters "kneel" and "country" into one. (Artist: Rebel Pepper 变态辣椒)