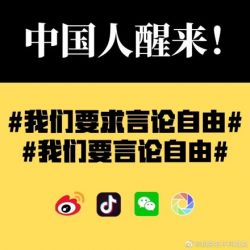 The concept that Xi Jinping is hastening the demise of the Chinese Communist Party by doubling down on his authoritarian rule, referenced by the mock-title Accelerator-in-Chief. In its original sense, accelerationism holds that pushing the growth of capitalism and technology //will hasten the arrival of humanity's inevitable future//. While among mainland Chinese netizens jiasuzhuyi is mainly deployed as satire and wordplay, in the West this fringe political theory has become closely tied to white supremacist groups, who believe that violence and discord will topple the current political order and pave the way for a new, white//-dominated// //illiberal// society.

In many respects, jiasuzhuyi is the polar opposite of accelerationism. Nick Land, who first proposed accelerationism as a professor in the UK in the 1980s, moved to the PRC in the early 2000s. His view of Chinese authoritarianism as a case study in accelerationism runs counter to the meaning of jiasuzhuyi in the context of Chinese resistance discourse. In a //2017// interview with The Guardian's Andy Beckett, Land shared his admiration for the Chinese party-state as "the greatest political engine of social and economic development the world has ever known."