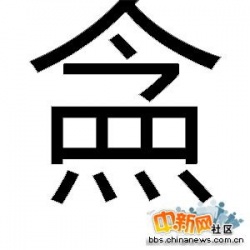 Crocodile tears shed while urging victims of a natural or man-made disaster to silence their grievances; literally "[Yu] Qiuyu has tears in his eyes." Related to tearfully urge.