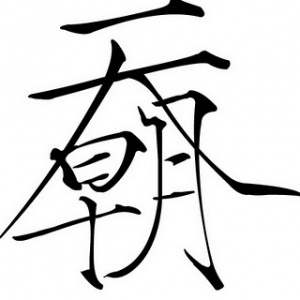 Ancient name for China. Netizens use the term sarcastically to refer to China under the current government. It often suggests that China’s leaders are self-important, have a China-centric view of the world, and embody many of the imperial trappings communism was supposed to have thrown off.

Zhenshidehuangyane (@真实的谎言e): Special characteristics of the Celestial Empire: corruption is its father, shameless is its mother! What a mystical country!

Probably because “Celestial Empire” is often used in criticism of the government or state of affairs in China, an alternate way of writing it has at times been blocked from Sina Weibo search results.

TG is sometimes used as an approximate abbreviation, but it actually stands for 土共 (Tǔgòng), another name for the Communist Party of China.